Nicolas Poussin. His Work in Three Centuries of Graphic Art

French painter Nicolas Poussin (1694–1665) belongs to the most important Baroque artists. Poussin was born in Normandy; after initial training in Normandy he improved his art in Paris, but his work did not achieve its characteristic style until after his relocation to Italy in 1623. He settled in Rome and, except for two years spent in Paris, he never left Italy again. Poussin obstinately blazed his own artistic trail, diverging from the exalted Baroque style that prevailed in Rome at that time. He pioneered rationally based Baroque classicism using models from Antiquity and Renaissance masters, especially Titian and Raphael. He strove for comprehensible, striking compositions with logical arrangement, distinct and easily legible gestures and postures and a narrative character. Poussin’s work combines intellect with sensuality. His range of expression was unusually wide – his paintings were idyllic, erotic, merrily wild, dramatic, heroic, tragic, meditative etc. He sought perfection and chose imposing themes imbuing them with moral and philosophical messages. Poussin’s distinctive paintings were a continuous source of inspiration (and controversy) for artists in the following centuries. His work had a great impact on French and English Classicism in the 17th and 18th centuries.  Poussin’s elaborate compositions had a major influence on, among others, Paul Cézanne, the cubists and other modern artists. The fascination with Poussin’s oeuvre and personality is corroborated by hundreds of prints created through 17th to 19th centuries. 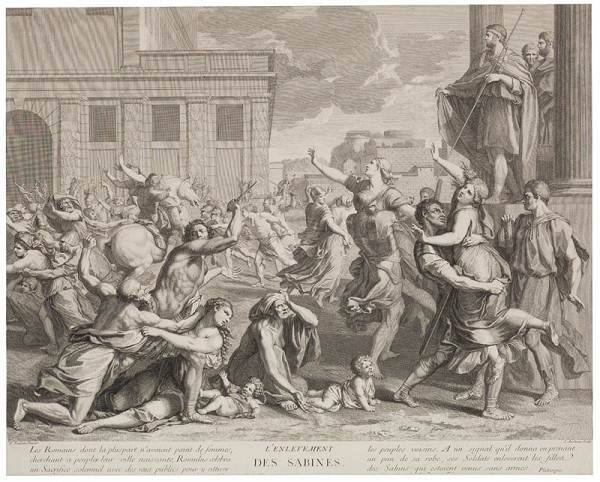 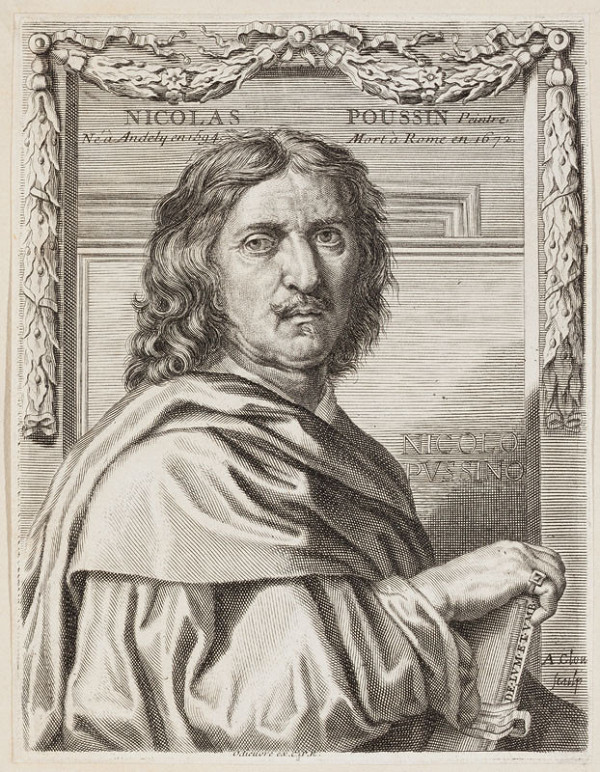 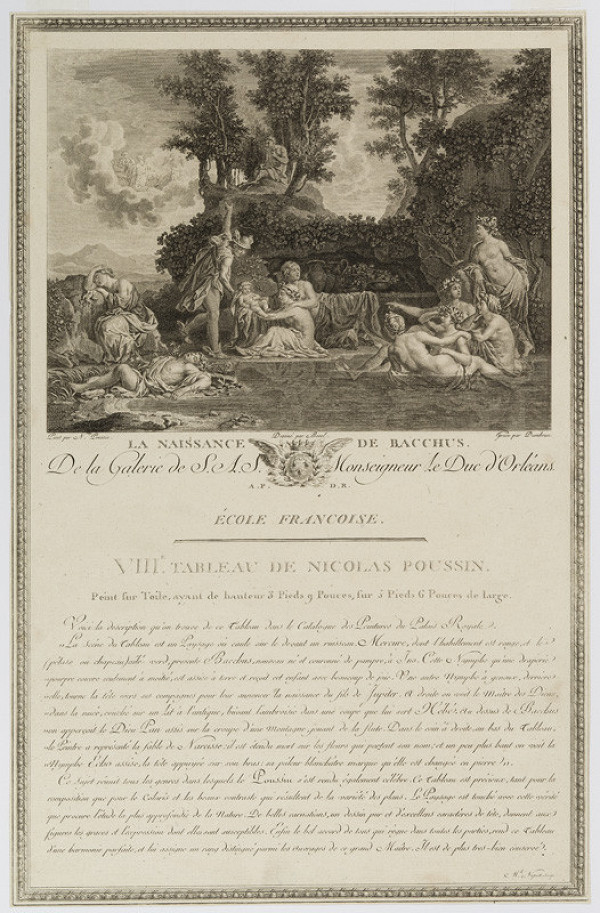 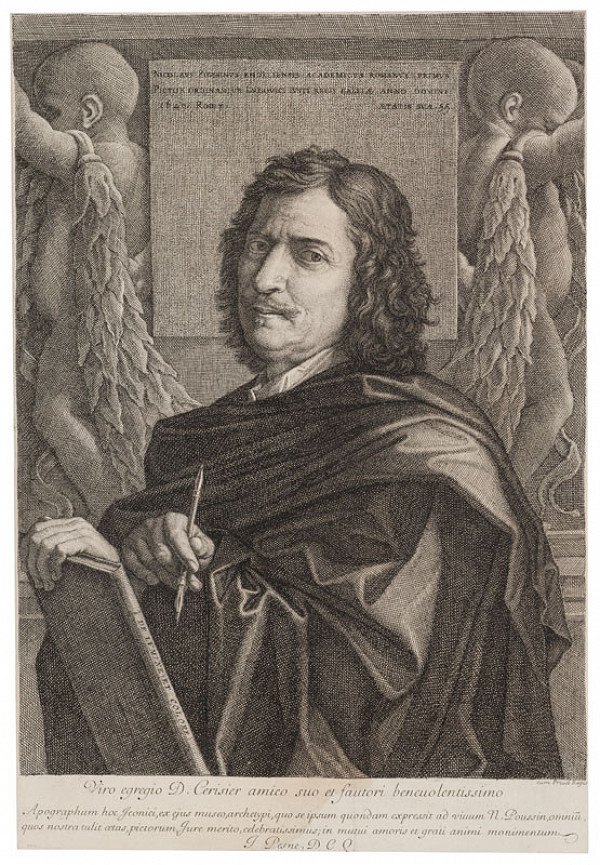 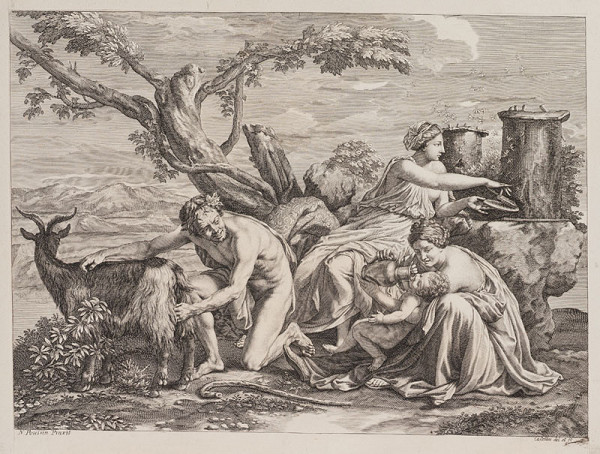 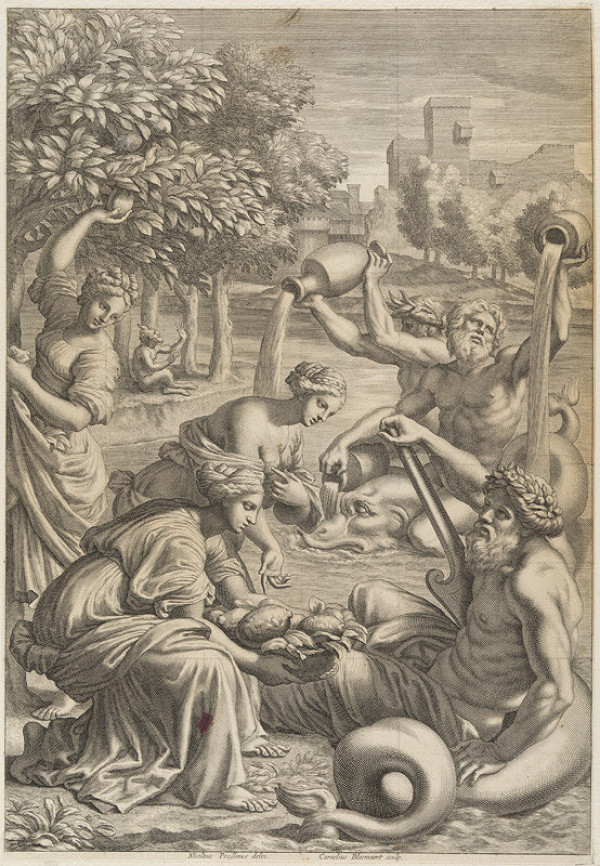 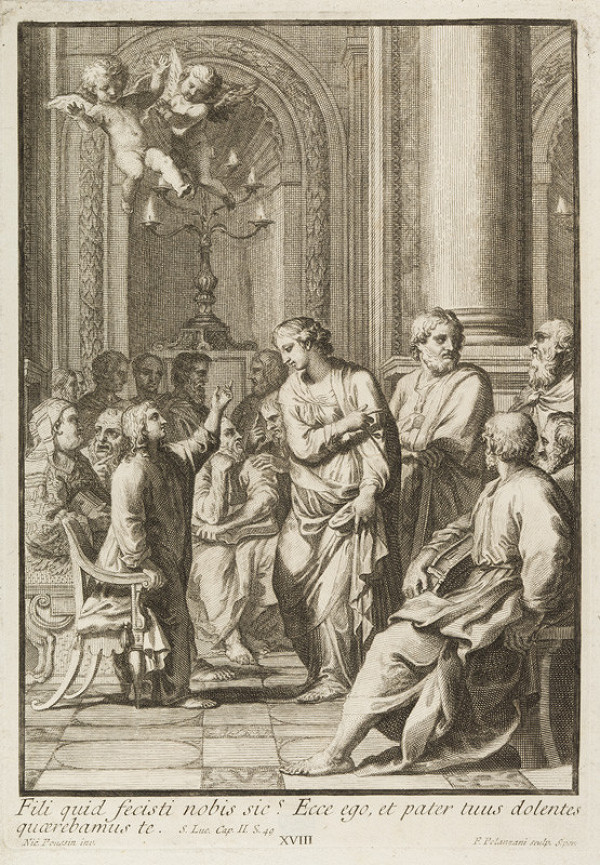 Francesco Polanzani - engraver, Jacquese Stella - inventor
The Twelve-year-old Jesus with the Teachers in the Temple
before 1783 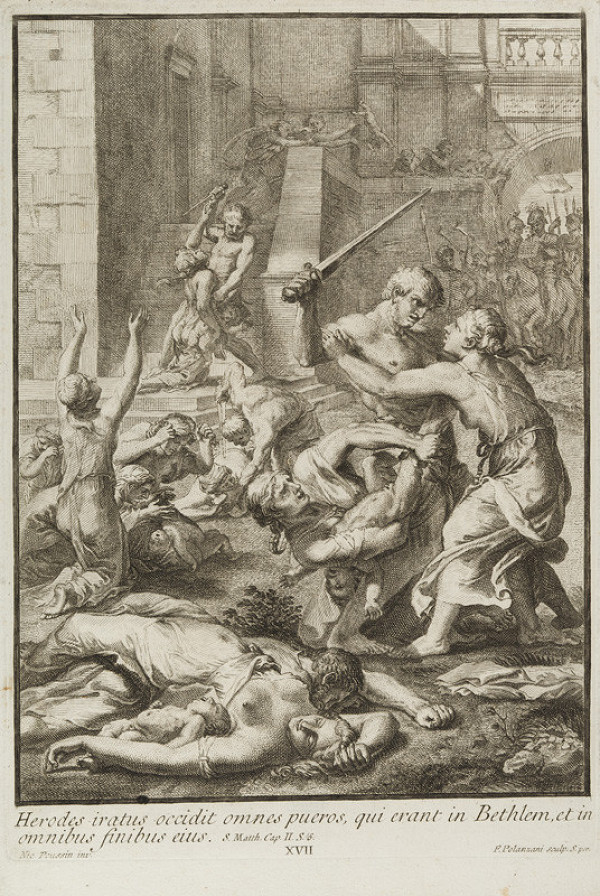 Francesco Polanzani - engraver, Jacquese Stella - inventor
The Massacre of the Innocents
before 1783 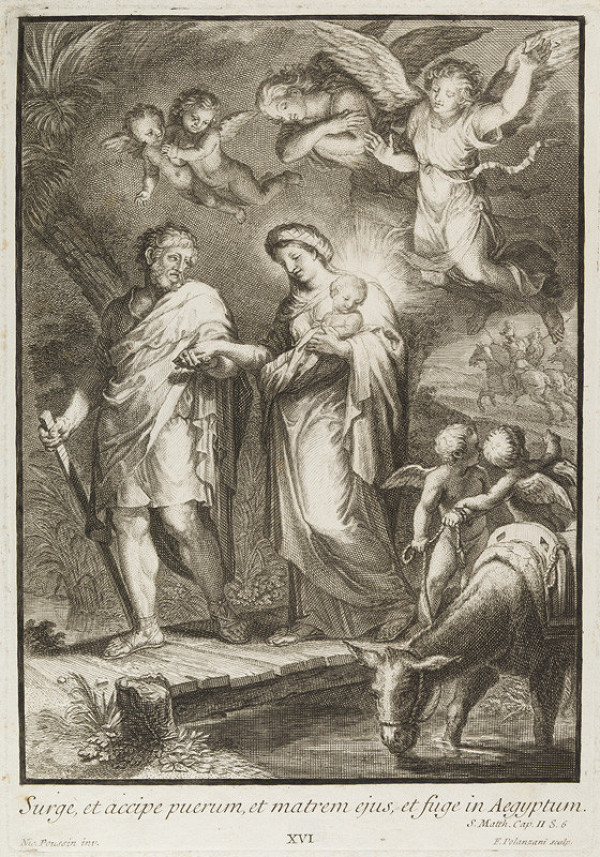 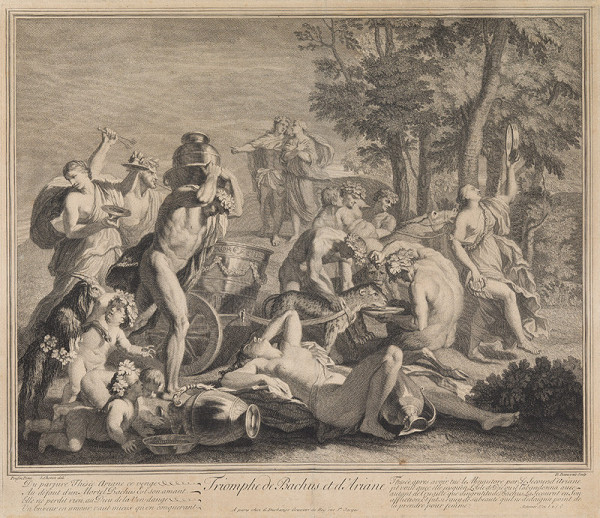 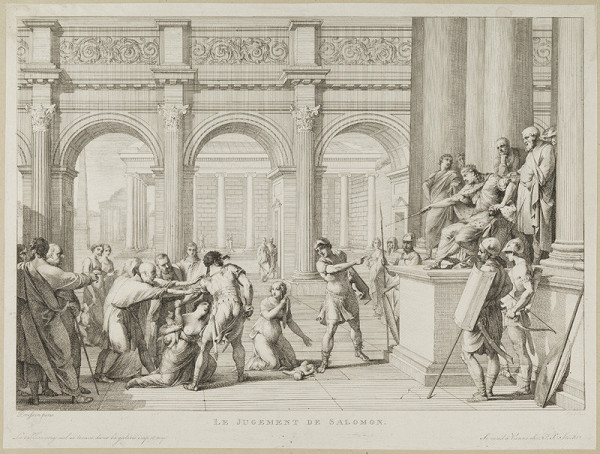 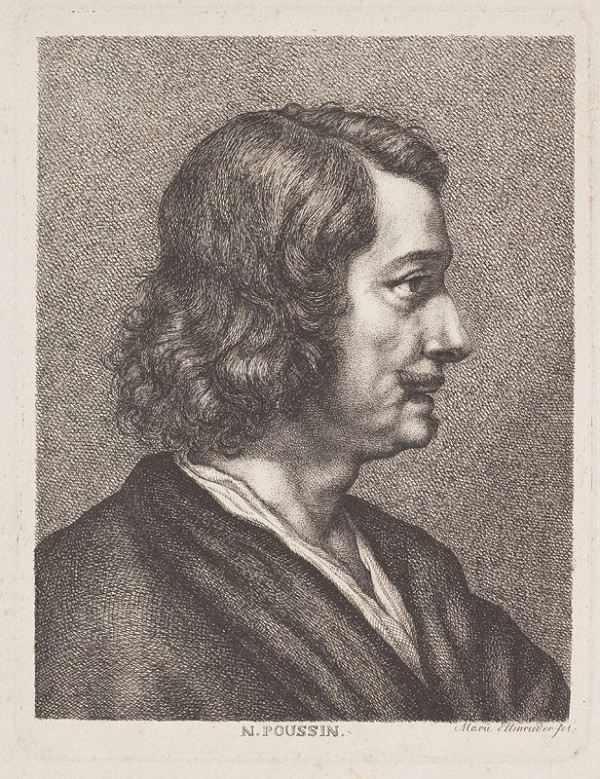