The African Adventure of Wenceslaus Hollar

In 1669, Wenceslaus Hollar was sixty-two years old and had behind him a long and fruitful creative career. During those years he lived chiefly in England, after having moved from Prague to Germany and a several year hiatus when he lived in Antwerp. Yet there was one more great journey awaiting him, thanks to which he created the very best works of his mature creative period.
In 1661, upon the restoration of the monarchy, King Charles II married Catherine of Braganza, Infanta of Portugal. Apart from huge sums of money, her rich dowry included the port of Bombay and the fort of Tangier (Morocco). In 1663, the British began constructing a fortified town in Tangier in the hope of controlling the region from there. However, the troubled locality was frequently attacked by marauding hordes from the land and pirates from the sea.
For this reason, a diplomatic mission was dispatched to Morocco in 1669, with the purpose of entering into peace and trade negotiations with the Sultan of Morocco. Wenceslaus Hollar, in the capacity of Royal Scenographer at the time, offered to provide a pictorial documentation of the expedition. He spent three months drawing the peculiar, bleak place from all directions, both from the land and the sea. He made thirty panoramic watercolour drawings which, in terms of their artistic quality and large size, are entirely unique in his oeuvre, and represent the summit of his achievement as landscape artist. After his return to England, Hollar produced series of etchings based on the drawings, which were first published in 1673 and repeatedly thereafter. 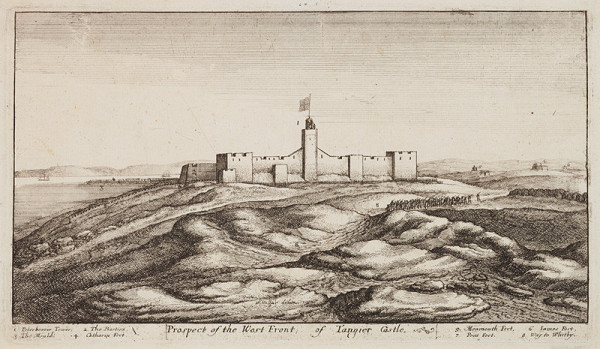 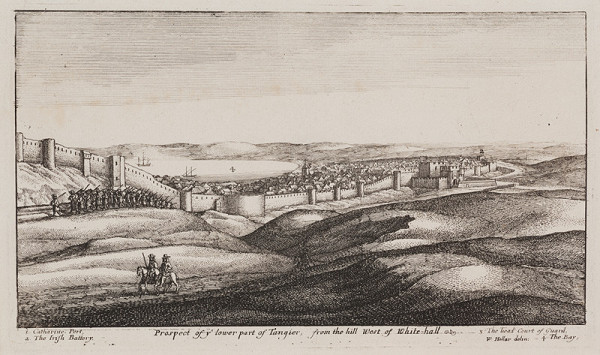 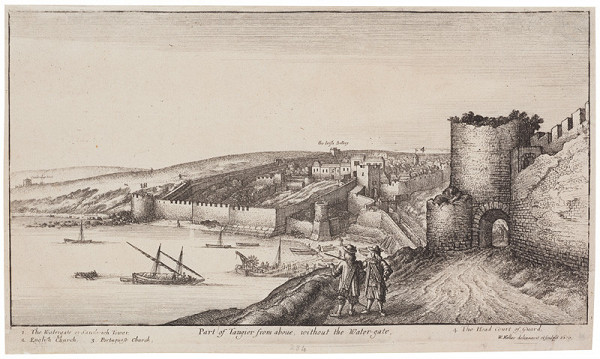 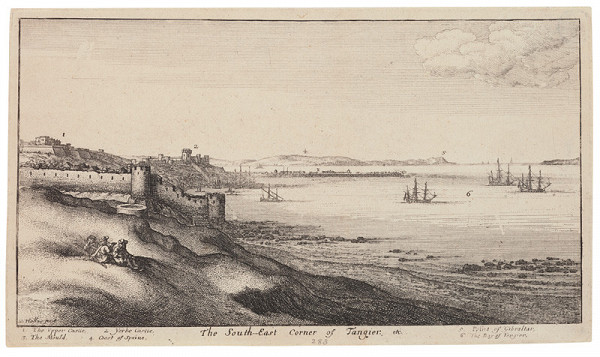 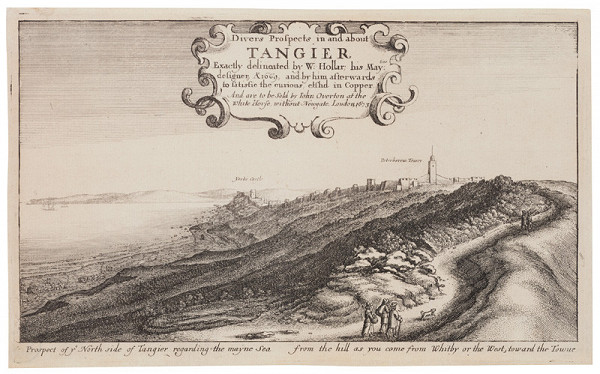 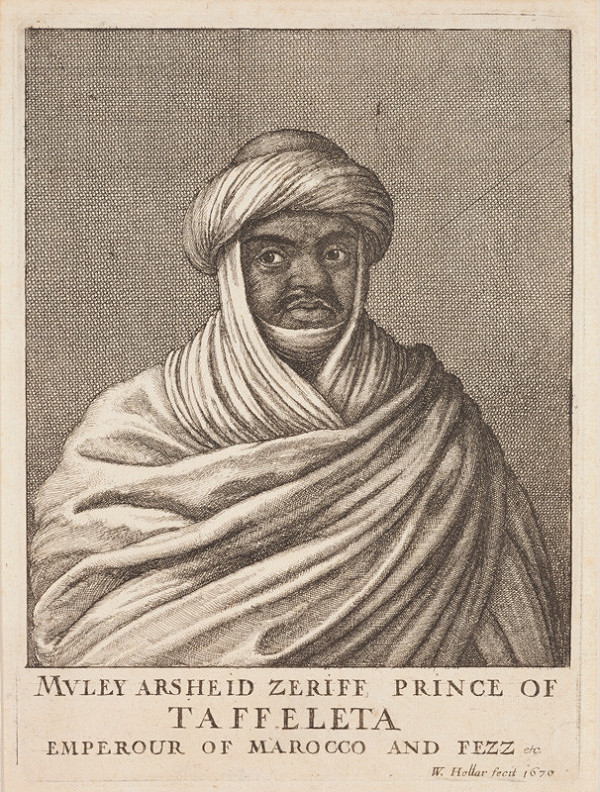 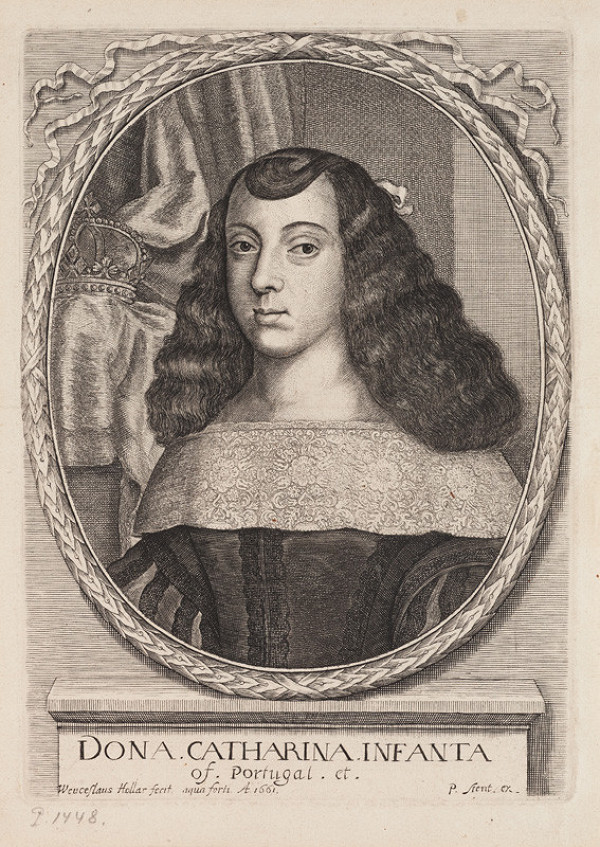 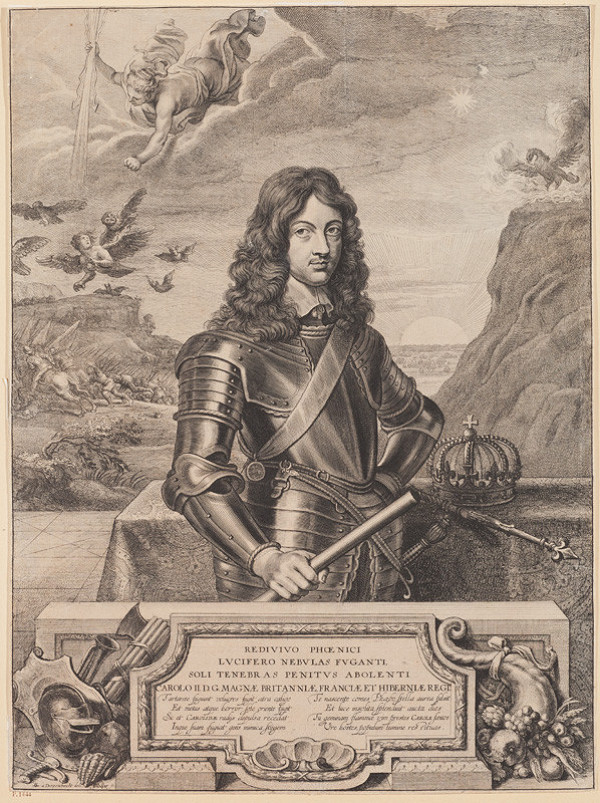 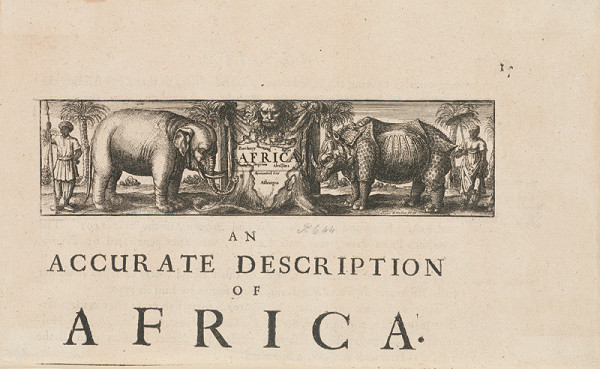 Wenceslaus Hollar - engraver
Vignette for the introductory essay of John Ogilby’s „Africa“, with a map of Africa
1670 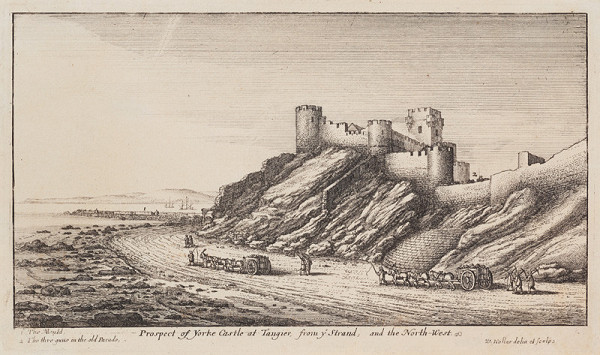 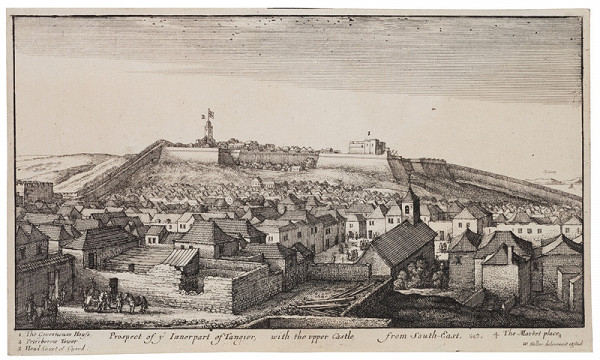 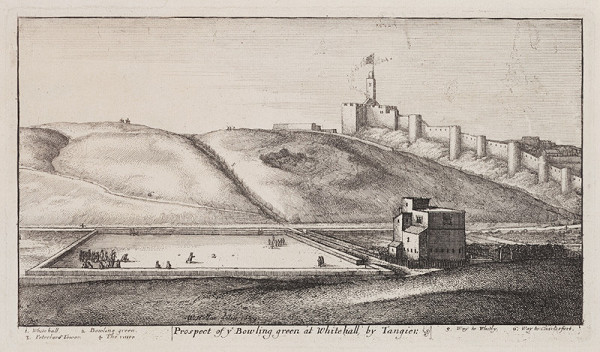 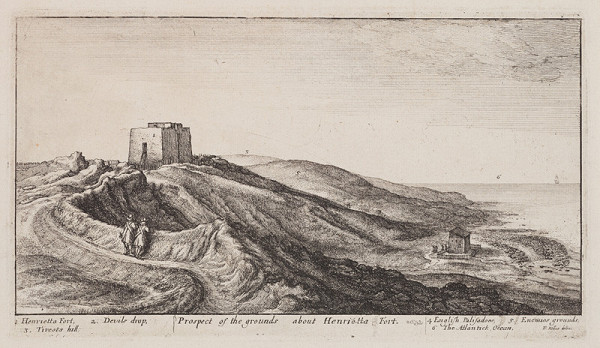 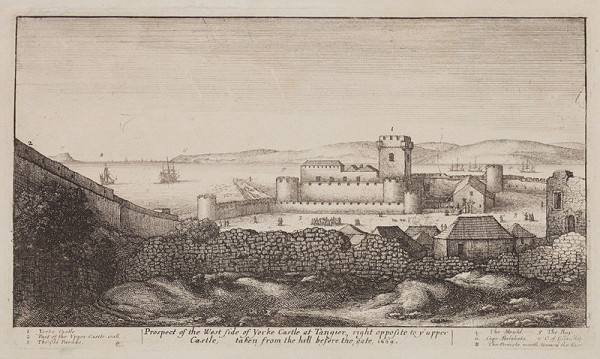 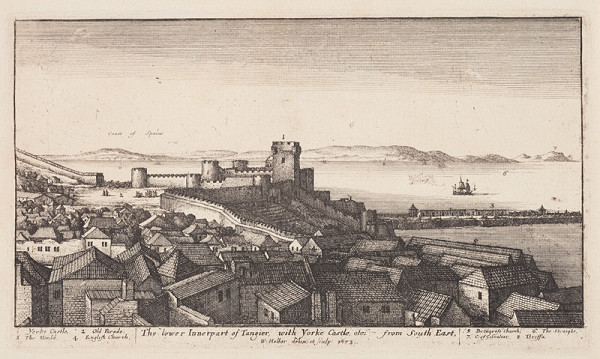 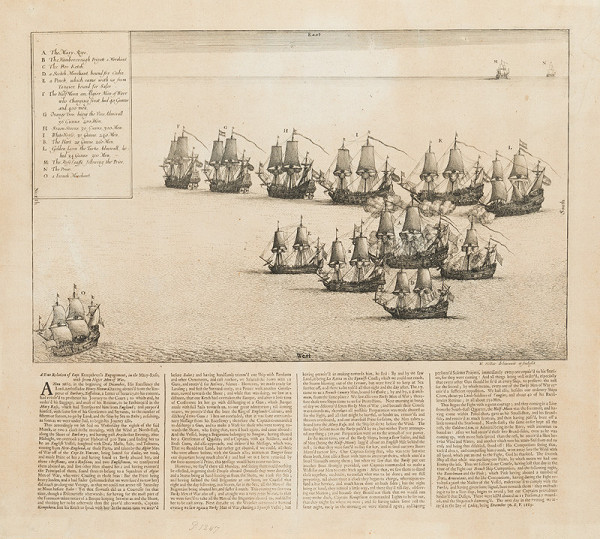