Wenceslaus Hollar in the Service of English Nobility

Wenceslaus Hollar was born in Prague in 1607. In 1627 he left his native city and spent several years in Germany. In 1636 he met the English diplomat Thomas Howard, Earl of Arundel and Surrey, in Cologne, where he entered his service and afterwards left for England as a member of Arundel’s entourage.
At Arundel’s court, Hollar worked on cataloguing what was already a highly acclaimed art collection of his patron. The artist also explored and sketched the English countryside, including the Earl of Arundel’s favourite sites on his estates at Albury in Surrey. He depicted interesting people he met, printed his famous cycles of the Four Seasons personified as female figures, and made views of London and its environs, and a variety of other subjects. Shortly after his arrival in 1637, he produced a panoramic view of Greenwich, which he dedicated to the Queen of England. He also published prints with portraits of members of the royal family.
In 1642 the English Civil War broke out in England; two years later, Hollar moved to Antwerp, where he stayed for several years. There, he devoted himself to various themes and executed prints for Antwerp publishers, but did not cease to work for the Earl of Arundel and his wife. Based on drawings he brought with him to Antwerp, he issued many views of the English landscape, London and other localities in England. He continued to publish the contents of Arundel’s collections that included paintings by accomplished artists, but also images of butterflies and other insects. In Antwerp, he also published a portrait of King Charles I after a painting by Anthony van Dyck and many other etchings.
Recently, a completely unknown print was discovered, depicting three bells, what could be a coat of arms of an English (or German) family, dated 1651. This suggests that during his sojourn in Antwerp, the artist was also in contact with other members of the English nobility. The National Gallery in Prague has acquired this unique etching into its collections; we are proud to exhibit the print for the very first time here.
In 1652 Wenceslaus Hollar returned to England, where – owing to the social climate following the Civil War – he worked for different employers than before. Yet at the time, he also created some of his works in the service of the royal family and in the proximity of the Earl of Arundel’s offspring. Hollar died in London in 1677. 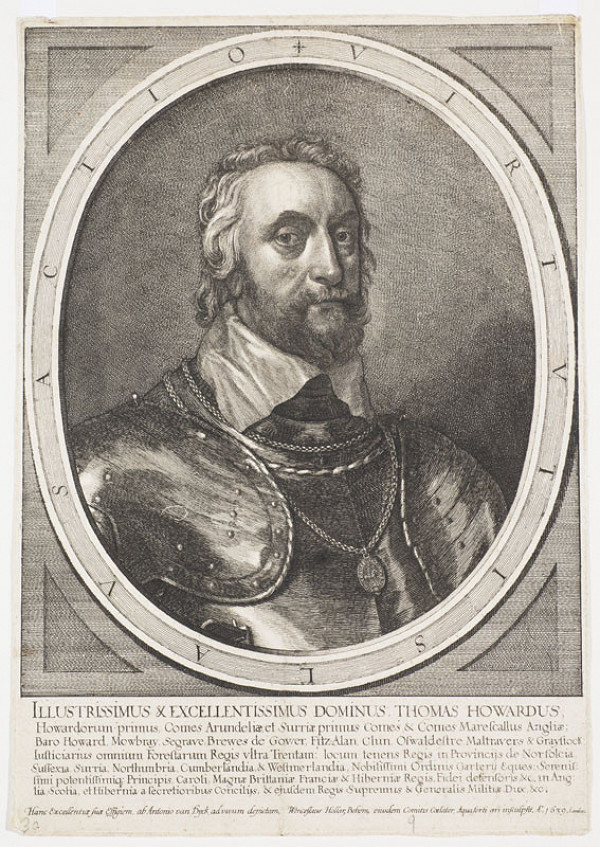 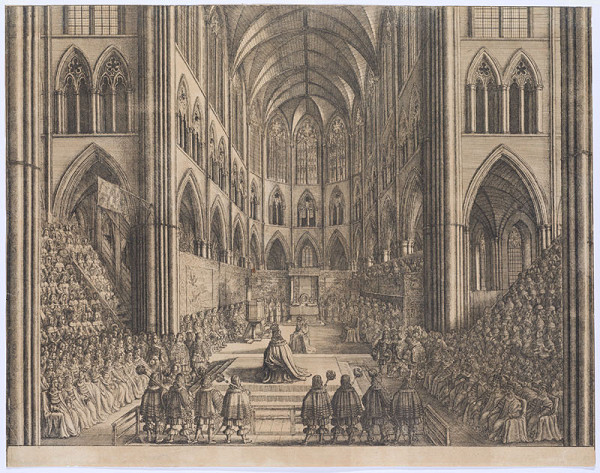 Wenceslaus Hollar
The Coronation of Charles II at Westminster Chapel
1662 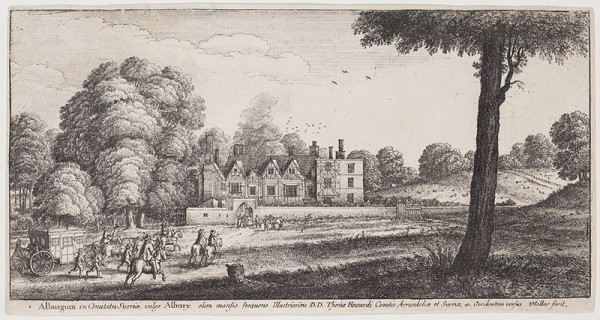 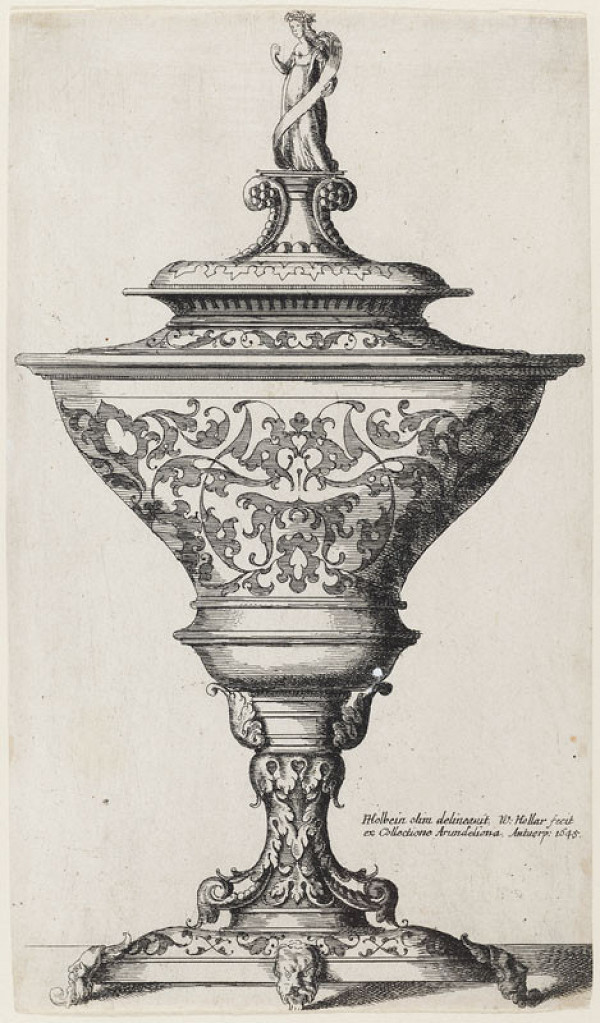 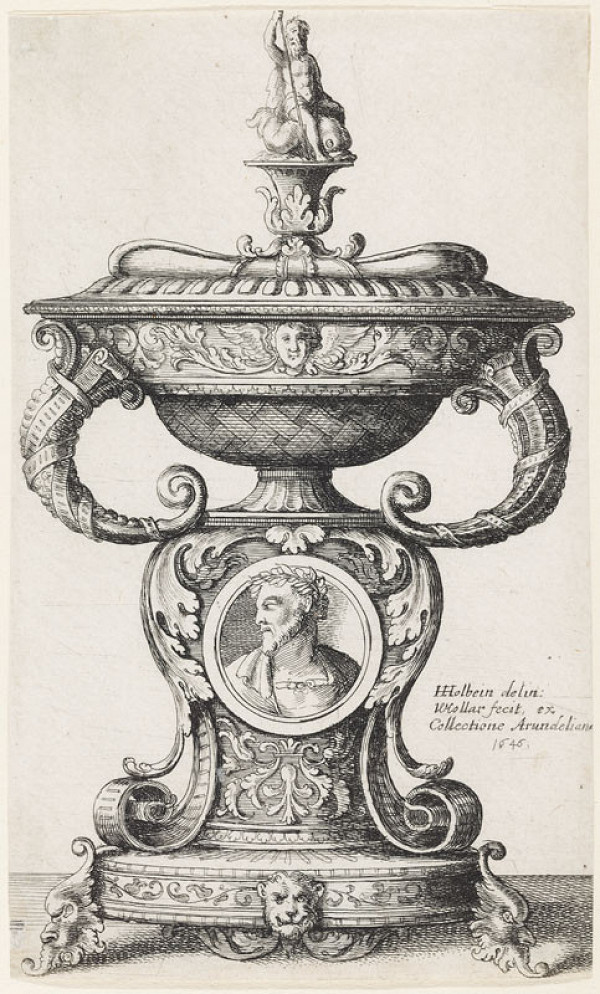 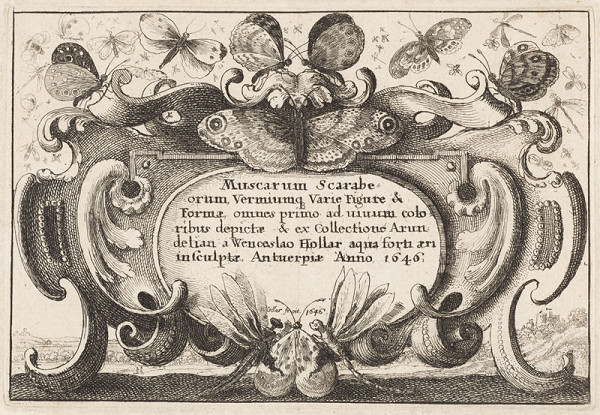 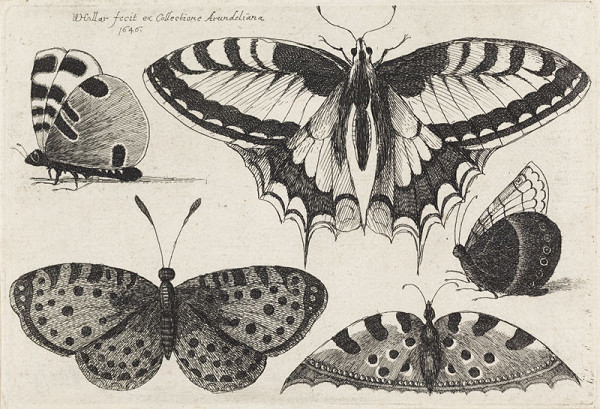 Wenceslaus Hollar
The sheet with butterflies
1646 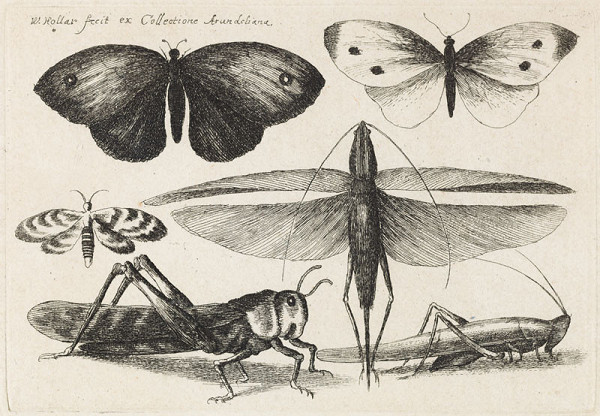 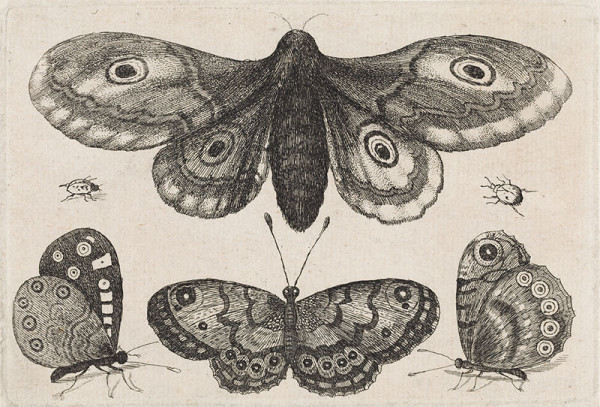 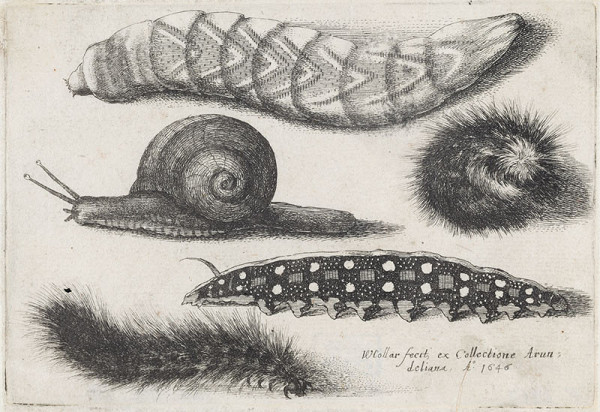 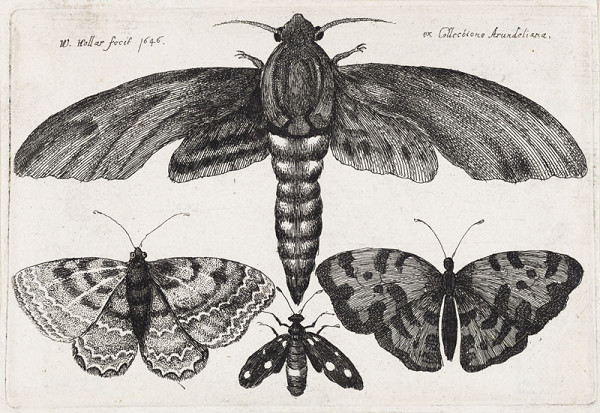 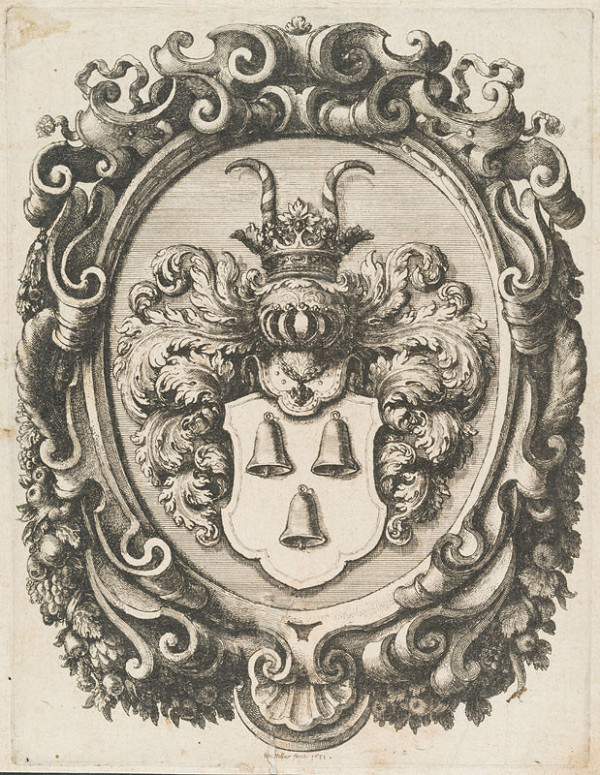 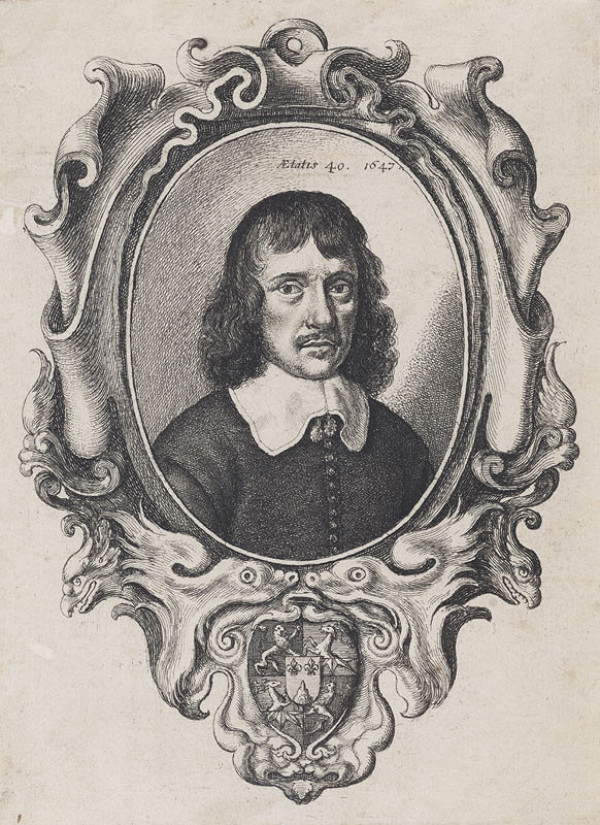 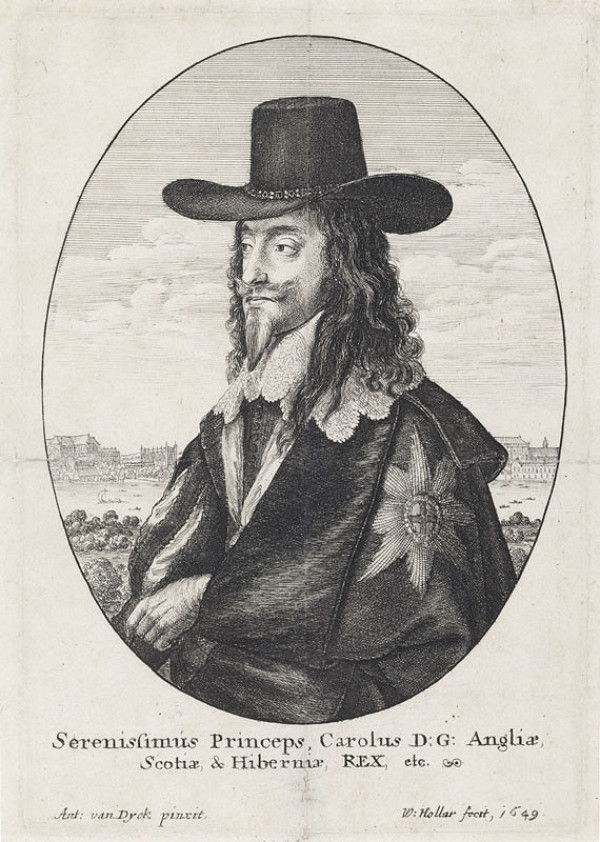 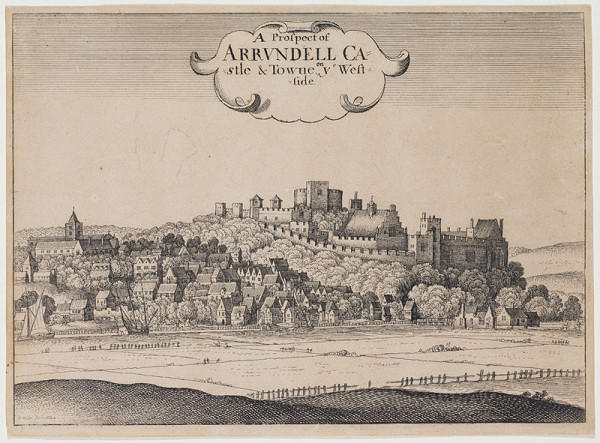 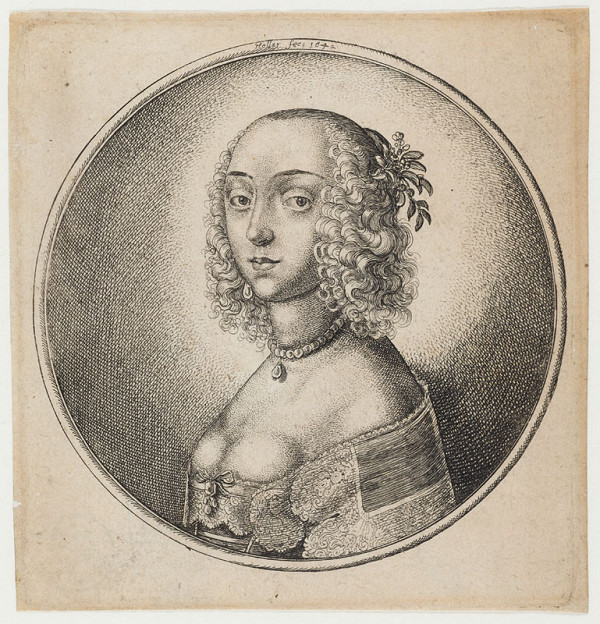 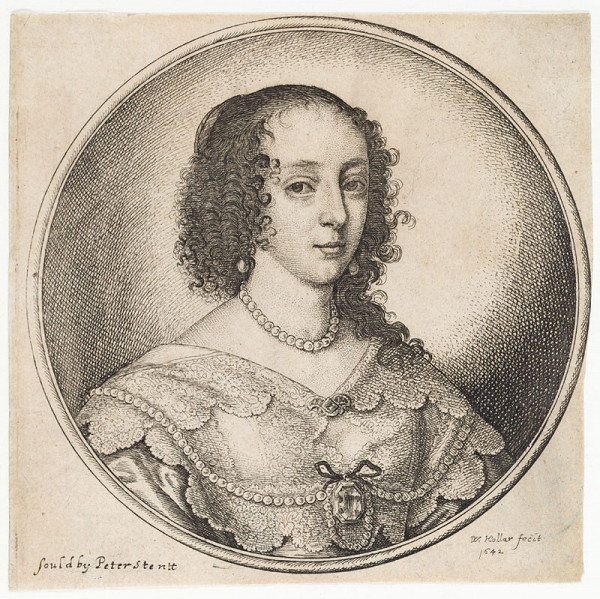 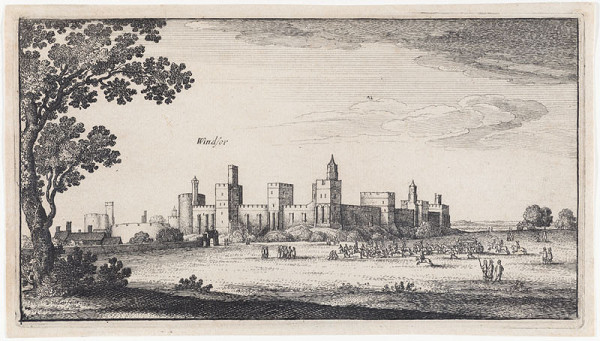 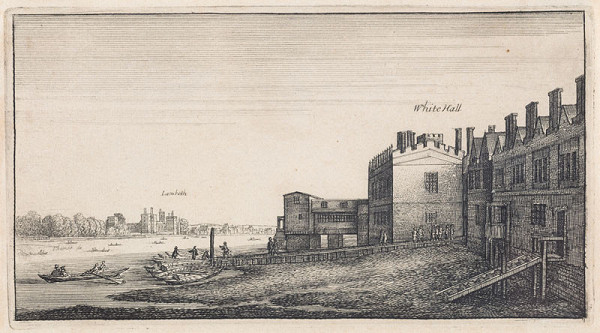 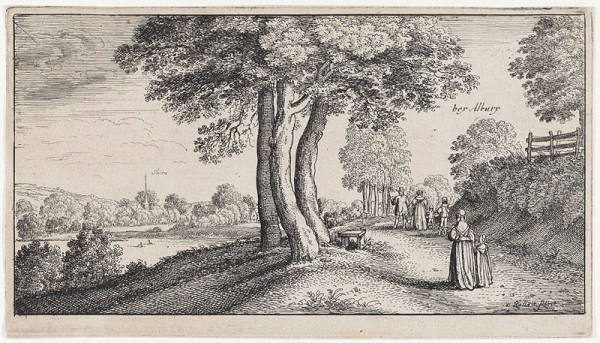 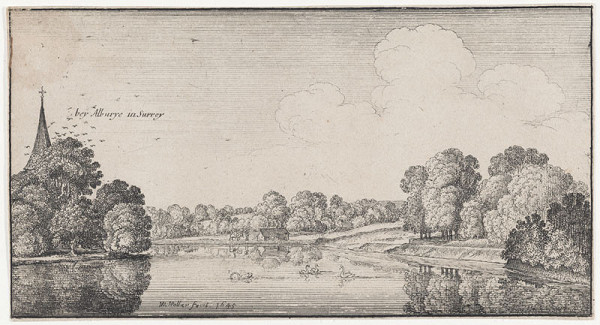 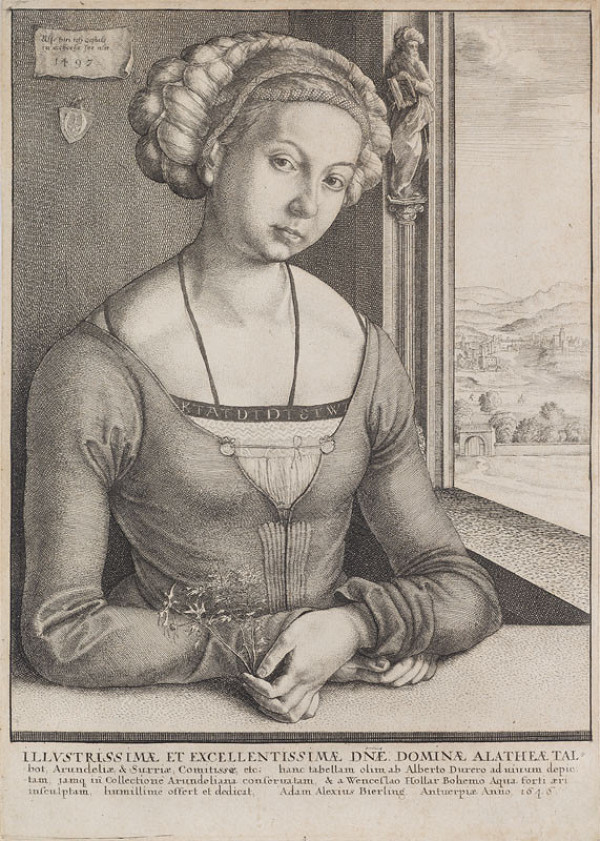 Wenceslaus Hollar - etcher, Albrecht Dürer - inventor
Portrait of a Young Woman with Her Hair Pinned Up
1646 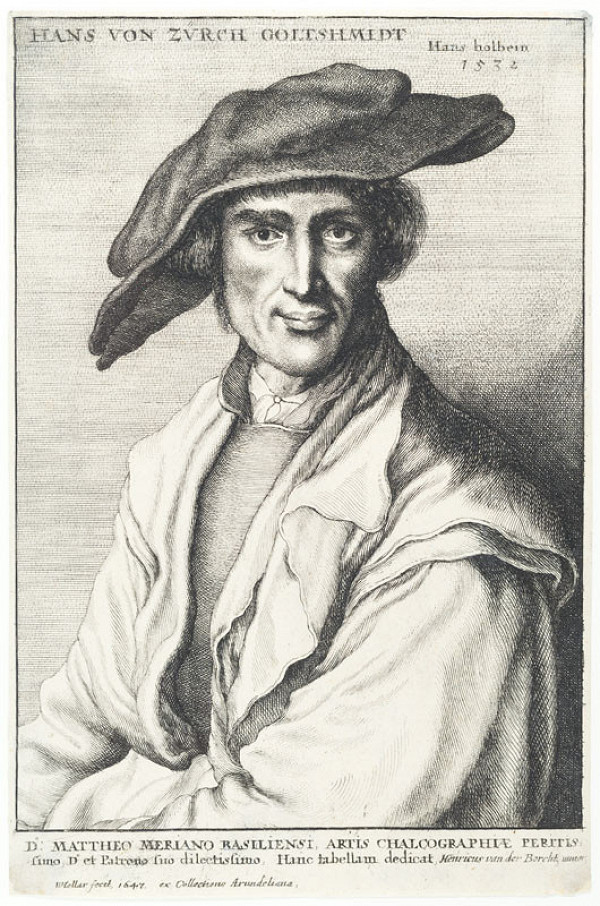 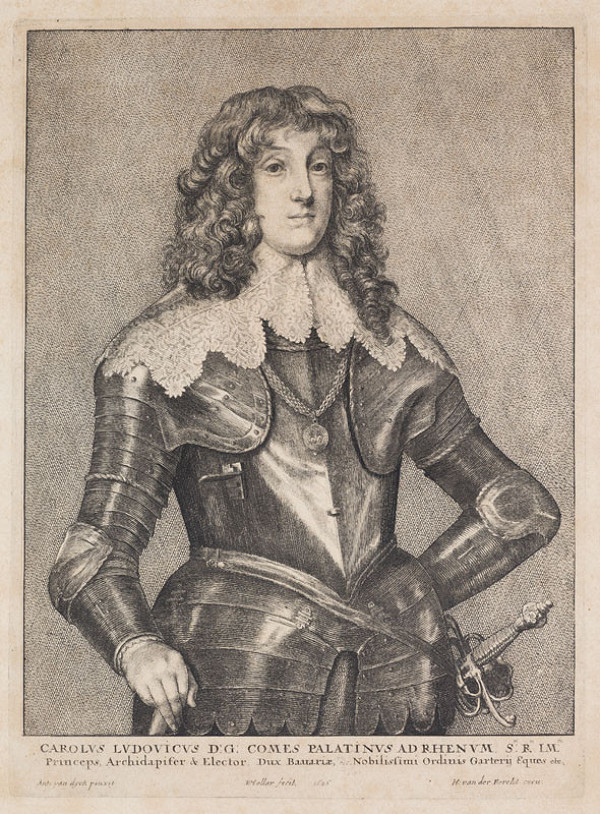