Entrepreneur Vojtěch Lanna Jr. (1836–1909) was one of the major art collectors of his time and his collections rightly won international acclaim. Lanna was also one of the greatest art patrons of the 19th century. He systematically supported public institutions with generous donations of artworks and money. His extensive donations of the mid-1880s also laid the foundation for today’s Collection of Prints and Drawings of the National Gallery in Prague.
Although Lanna’s collecting activities were universal in scope, he did come to have priorities. In graphic art, one of these was the work of the so-called Little Masters, a term denoting German engravers, mainly active in the first half of the 16th century, who were influenced by the graphic work of Albrecht Dürer. They did most of their work in a small, often miniature, format (hence „Little Masters“); their engravings are minutely executed and primarily have mythological, secular and ornamental themes. The major figures of this “school” include Albrecht Altdorfer, Heinrich Aldegrever or Barthel Beham. Their works were an important part of Lanna’s generous donations from especially 1884 and 1885. 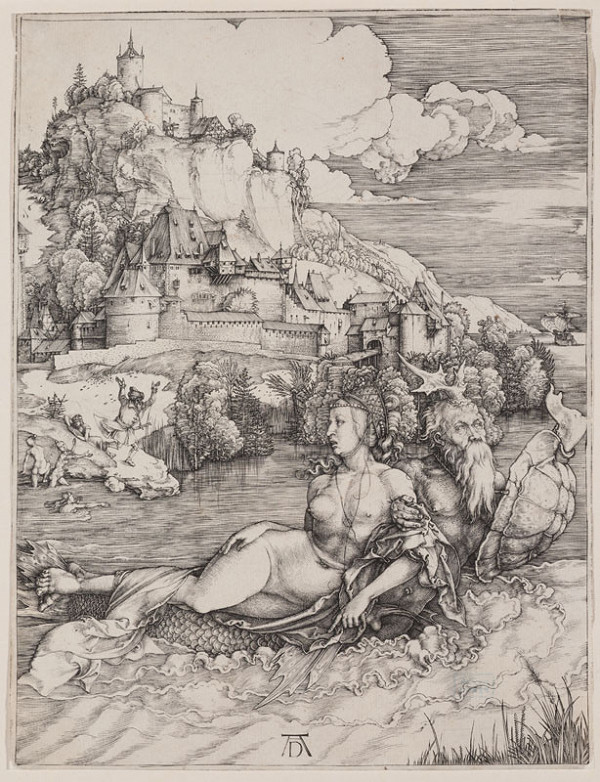 Heinrich Aldegrever - engraver
Acanthus ornament with Triton and a Naiad
1537 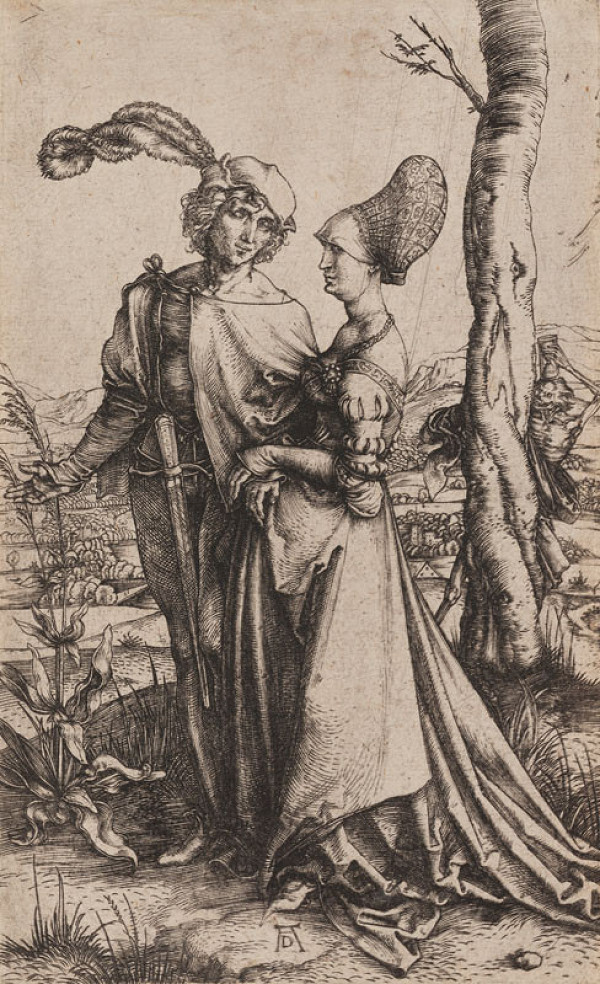 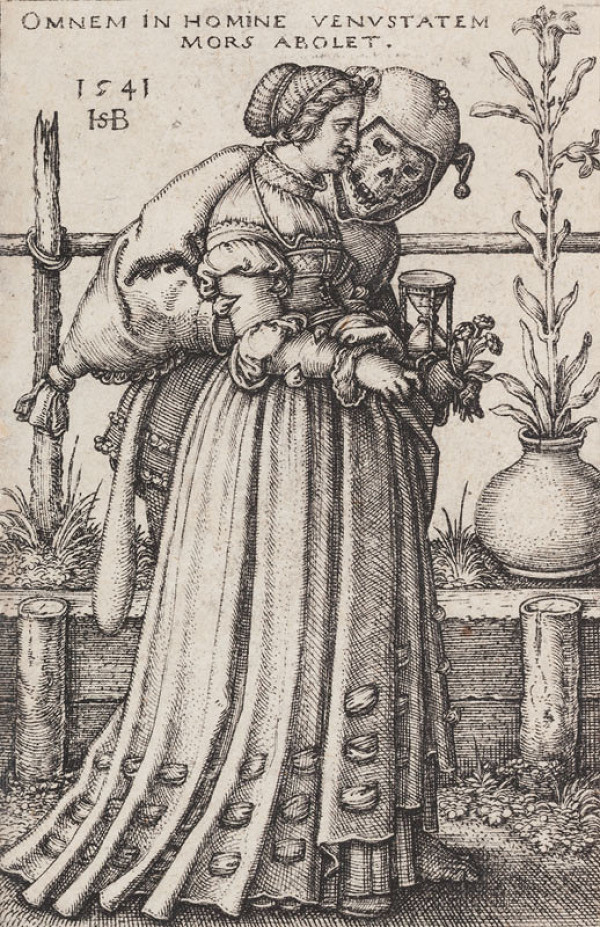 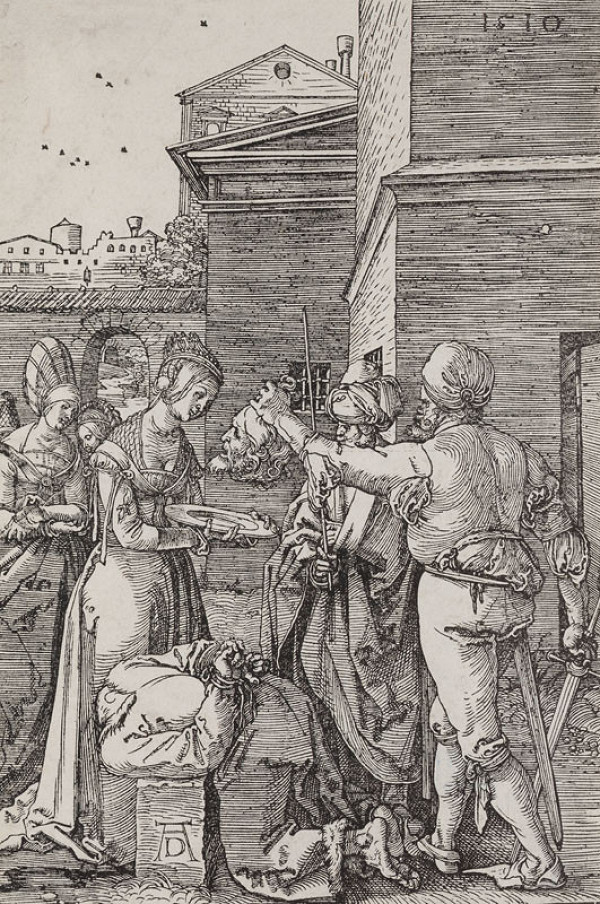 Albrecht Dürer - engraver
The Beheading of St John the Baptist
1510 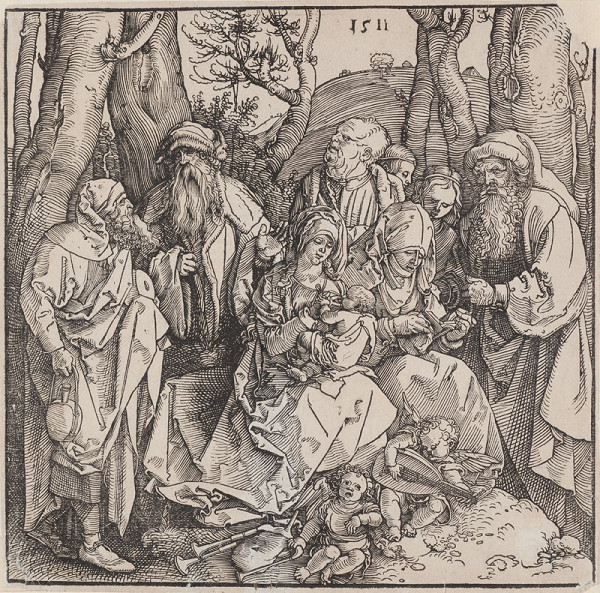 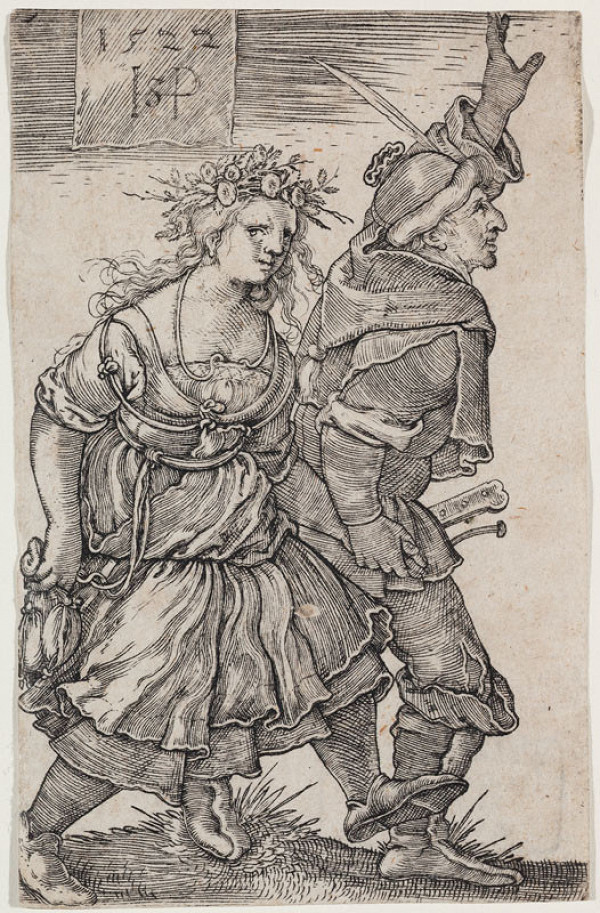 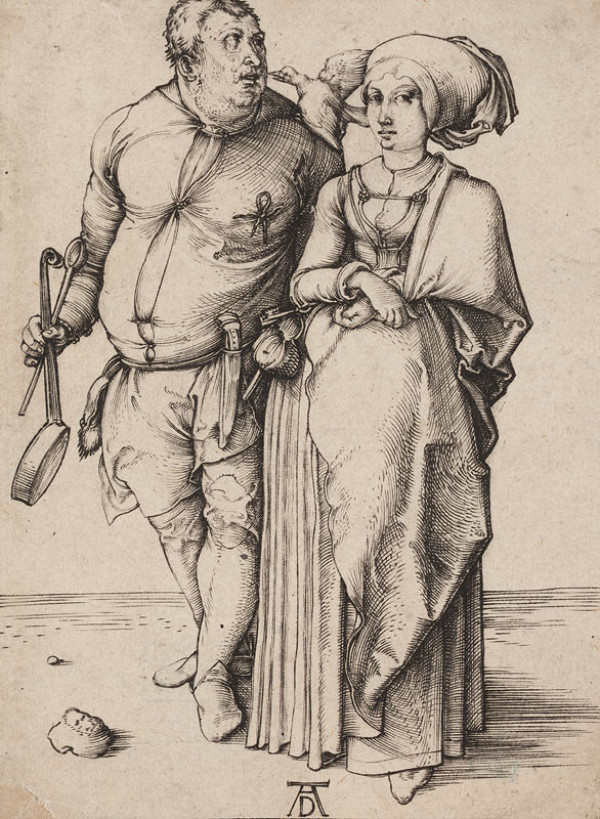 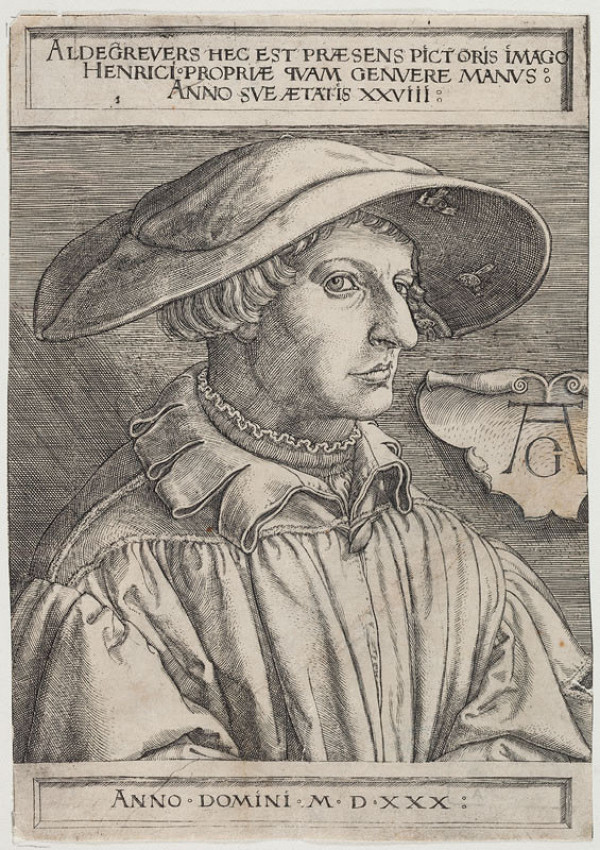 Heinrich Aldegrever - engraver
Self-Portrait at the Age of 28
1530 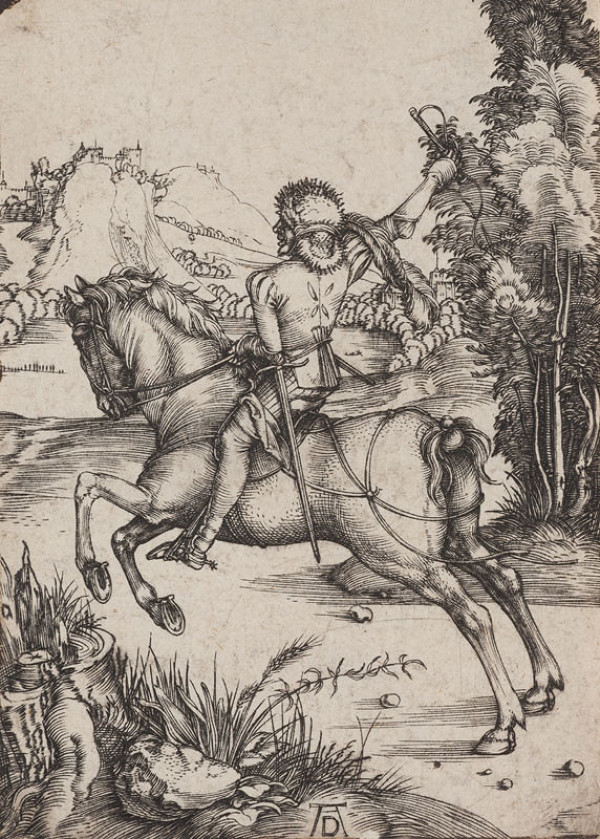