Marcantonio Raimondi, the Famous Engraver of the Great Raphael

Marcantonio Raimondi (c. 1480–1534) is the only graphic artist to whom Giorgio Vasari devoted a separate entry in his famous treatise Lives of the Most Eminent Painters, Sculptors, and Architects. Such exclusivity does indeed testify to the respect enjoyed by the artist, as well as to his historical significance.
Raimondi received his training from the painter and goldsmith Francesco Francia in Bologna. The style and technique of his early prints depart from the art of north and central Italy, while his later works display a strong influence of Albrecht Dürer’s oeuvre. Between 1506 and 1508, Raimondi sojourned in Venice where he copied woodcuts by the same master.
Around 1510, the engraver arrived in Rome, the contemporary leading artistic centre of not only Italy but also the entire Europe. His encountering Raphael, the most outstanding personality of the local artistic scene along with Michelangelo resulted in a long-term cooperation. The painter chose Raimondi as his personal engraver. Raphael was well aware of the significance of prints as the means of fast and cheap circulation of works of art and, along with that, promotion of the fame of their creators. Being in close contact with Raimondi, he supervised the final prints in order to make them exactly correspond to his ideas. The success of the engravings was enormous, and they became one of the main sources of disseminating the Roman Renaissance.
Raimondi usually worked from other artists’ models, and is therefore viewed as the father of the reproduction graphic arts. After Raphael’s death in 1520, he mainly cooperated with Baccio Bandinelli and Giulio Romano. His engravings with pornographic scenes, created from drawings by Giulio, resulted in his short imprisonment in 1524 upon the pope’s order.
Marcantonio left Rome most likely in 1527 after the city was plundered by the imperial armies, and probably returned to Bologna. His oeuvre includes about three hundred engravings. He fundamentally transformed the field of graphic arts in Italy, having had an array of distinct authors in his workshop trained. Raimondi ranks among the leading personalities of Italian Renaissance. 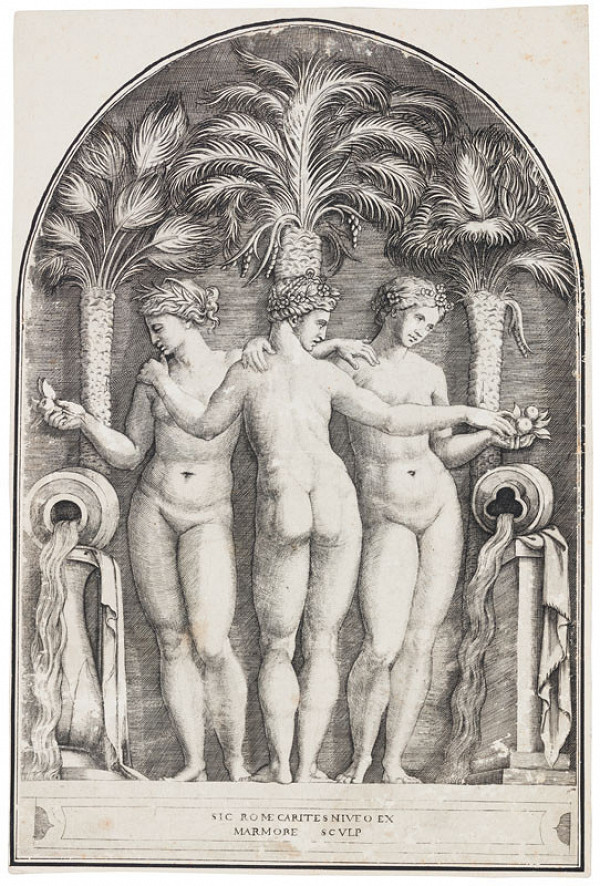 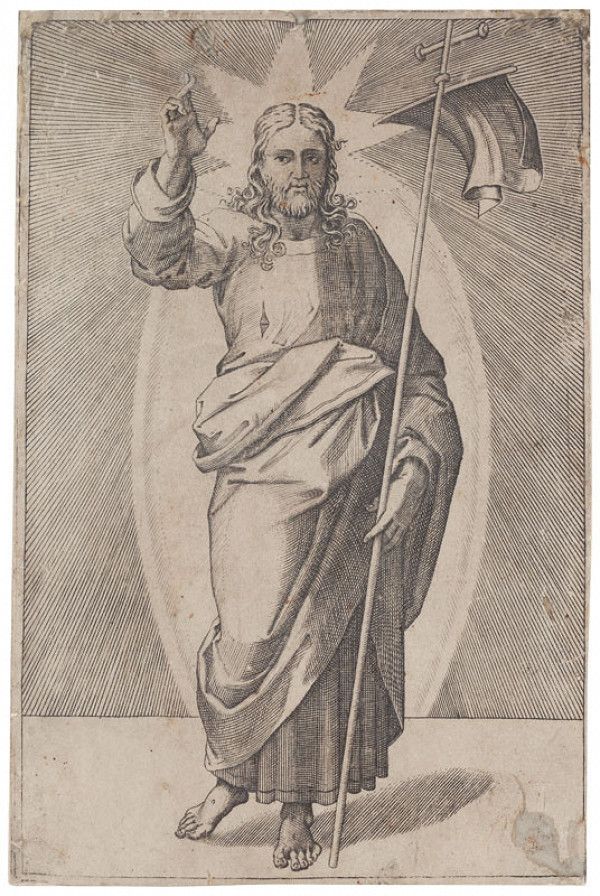 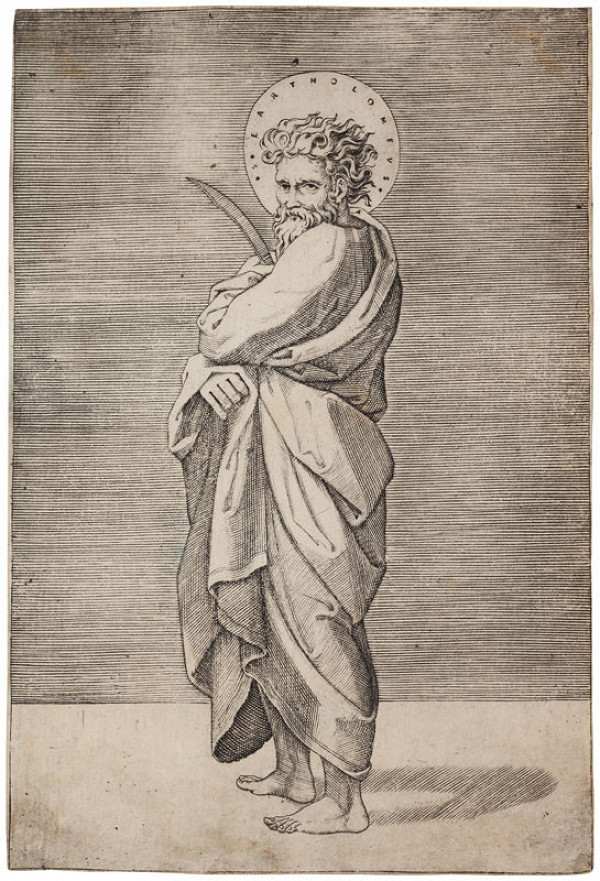 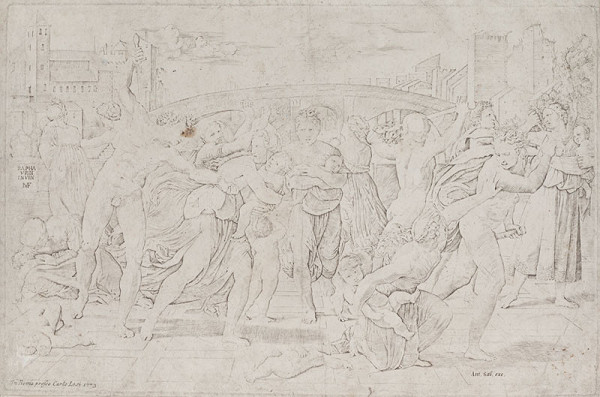 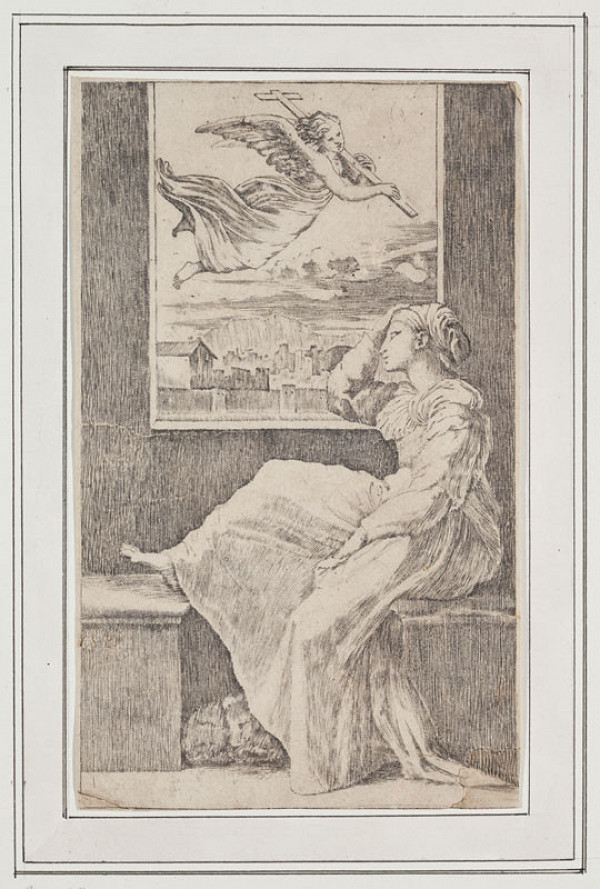 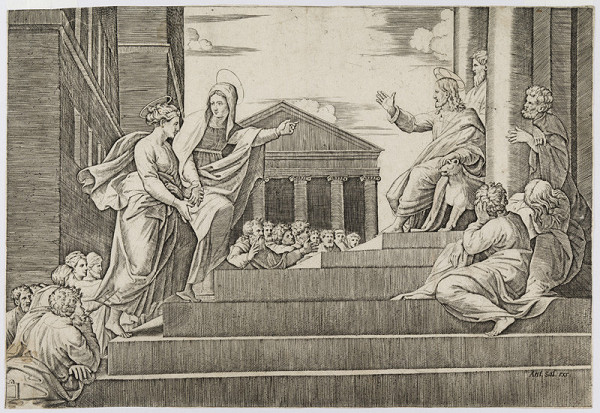 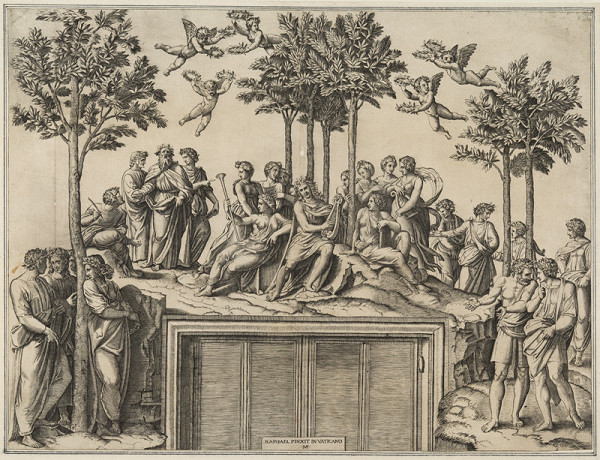 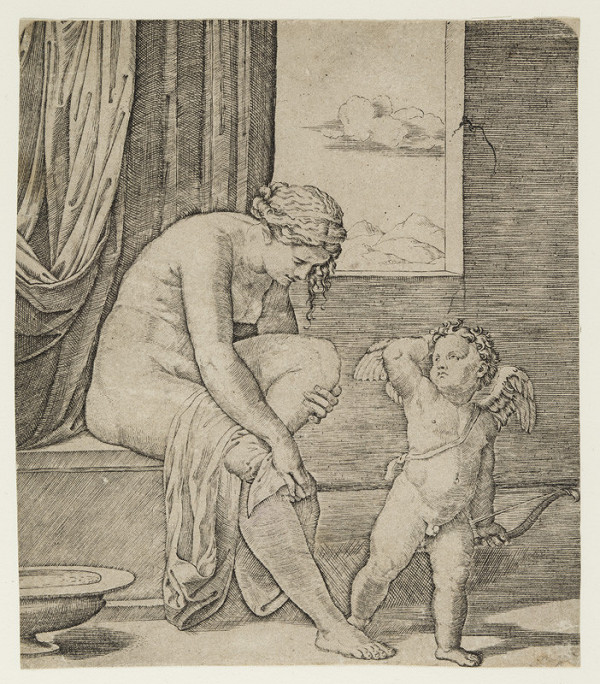 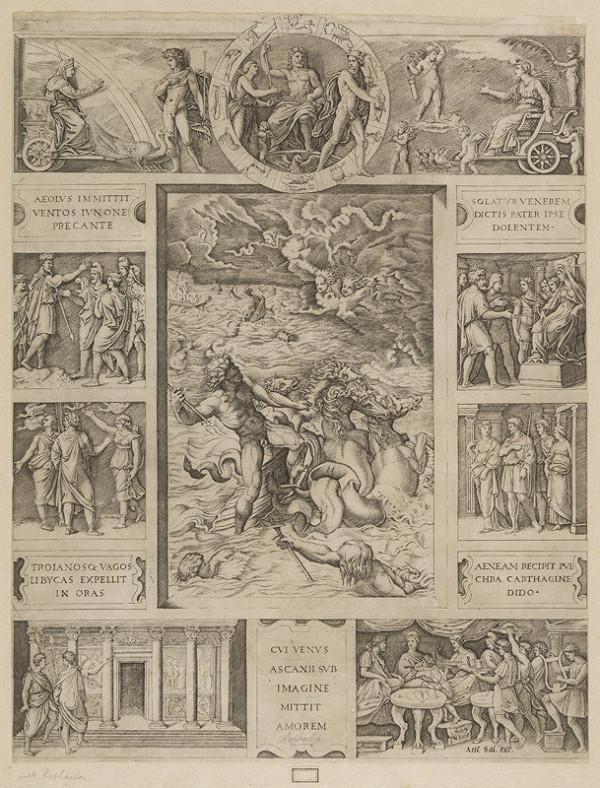 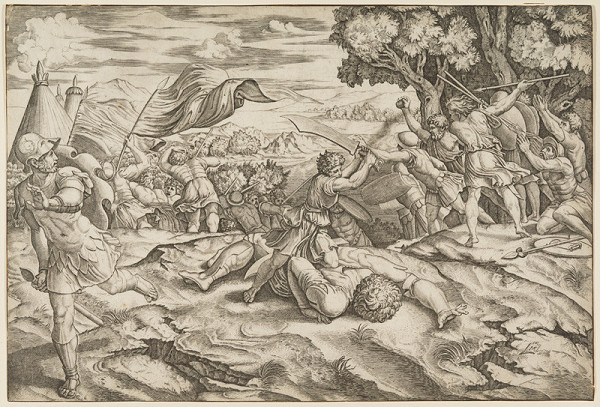 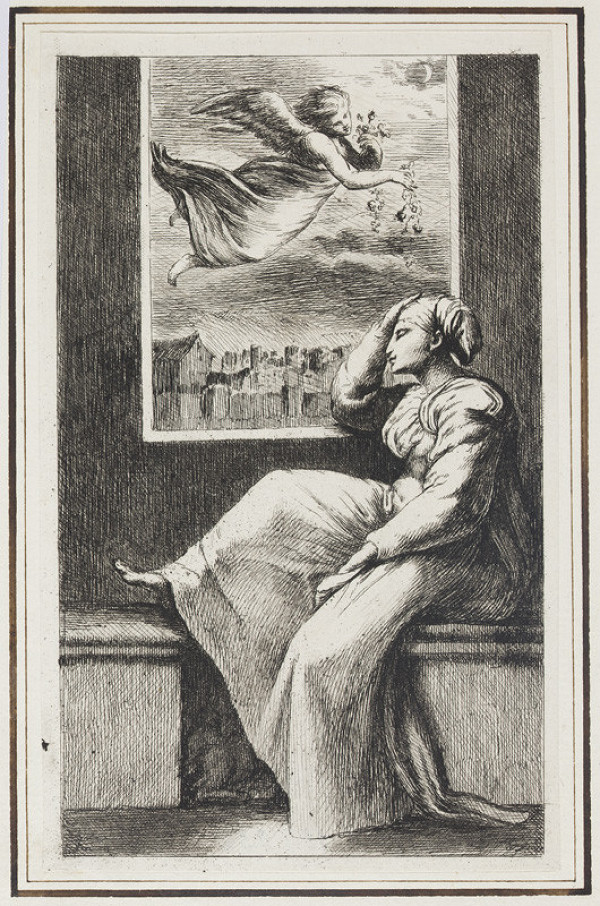 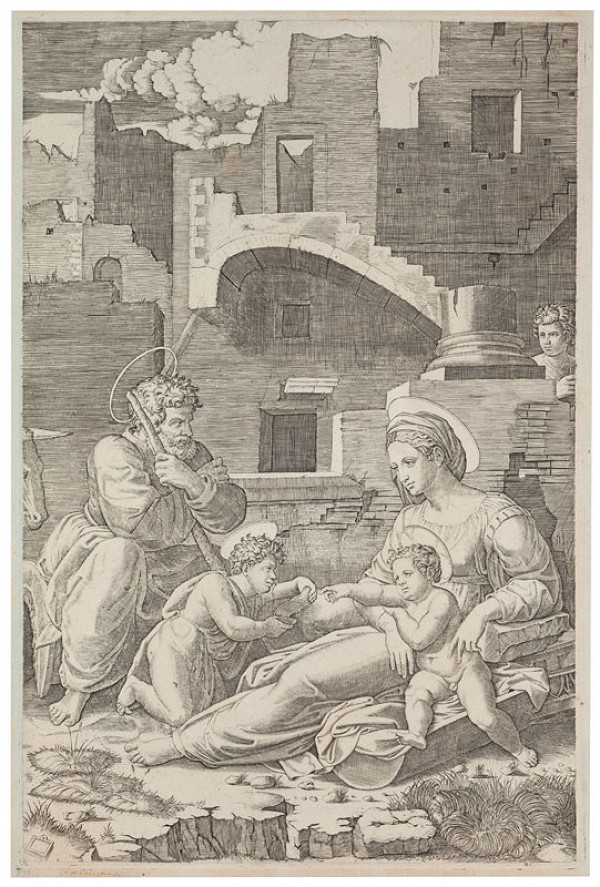 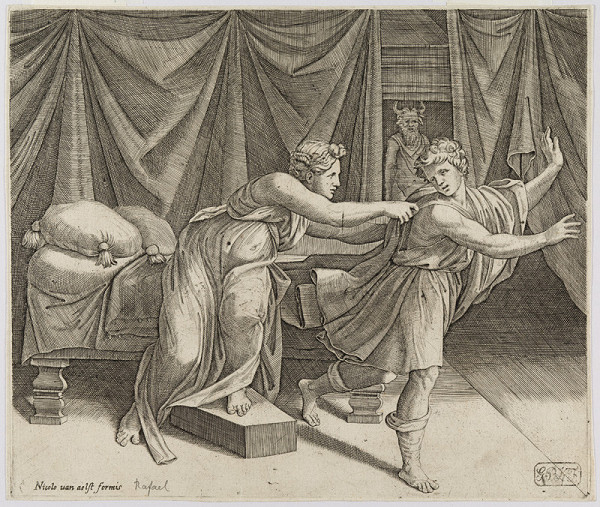 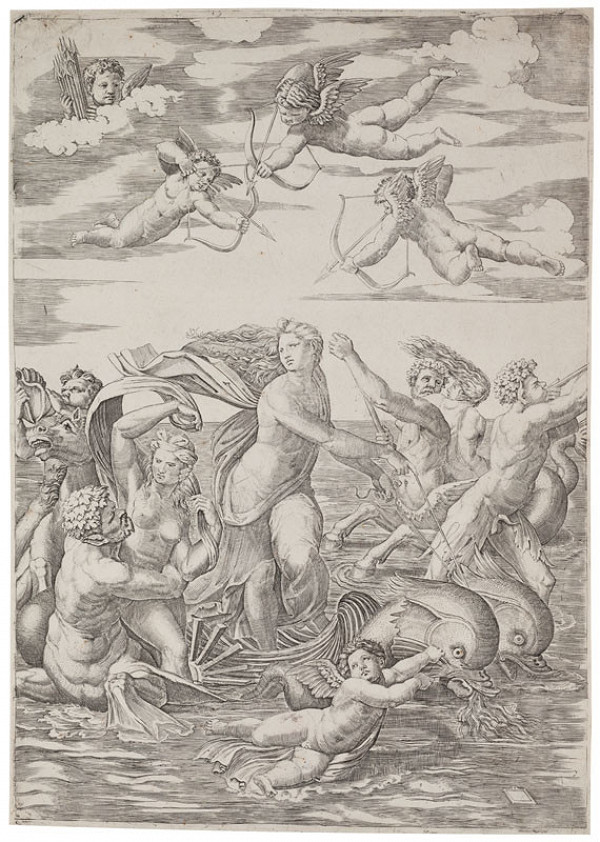 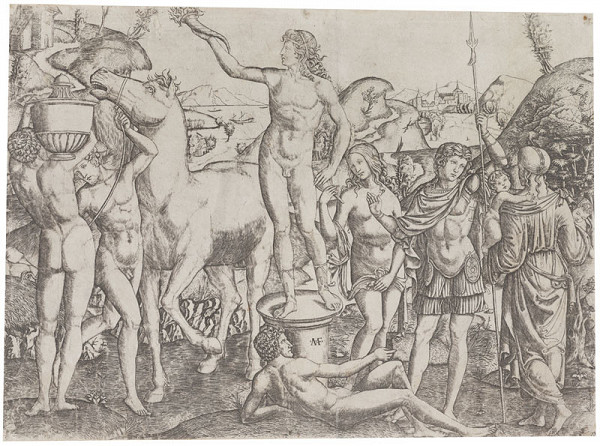 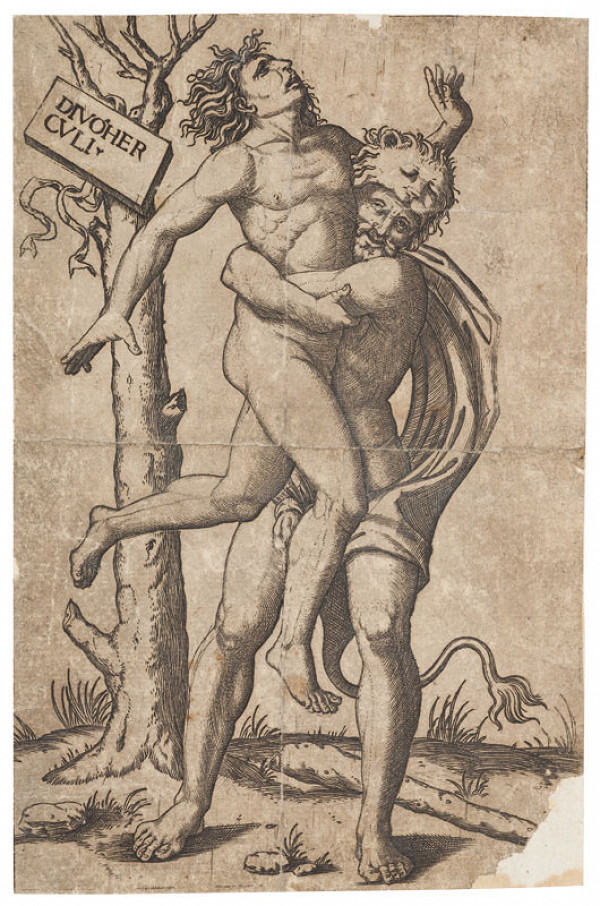 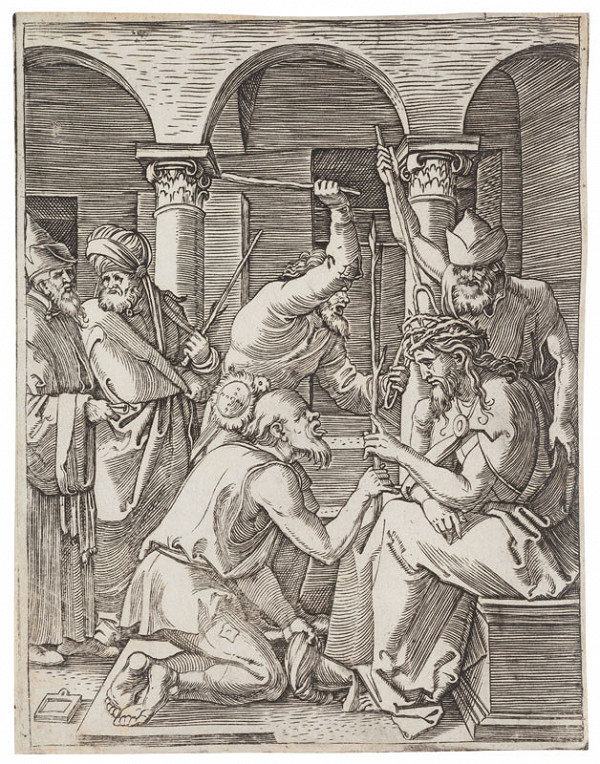 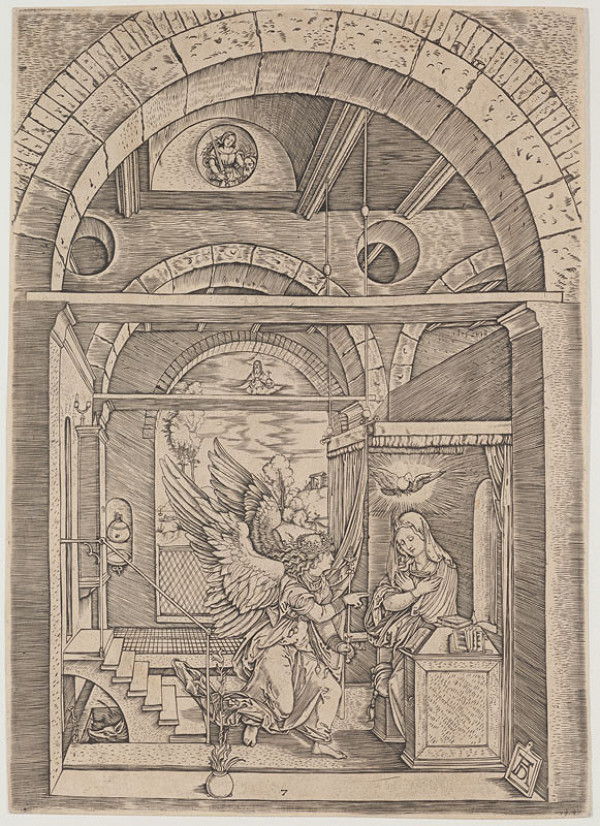 Albrecht Dürer - inventor, Marcantonio Raimondi - engraver
The Annunciation from the cycle The Life of the Virgin
1506-1508 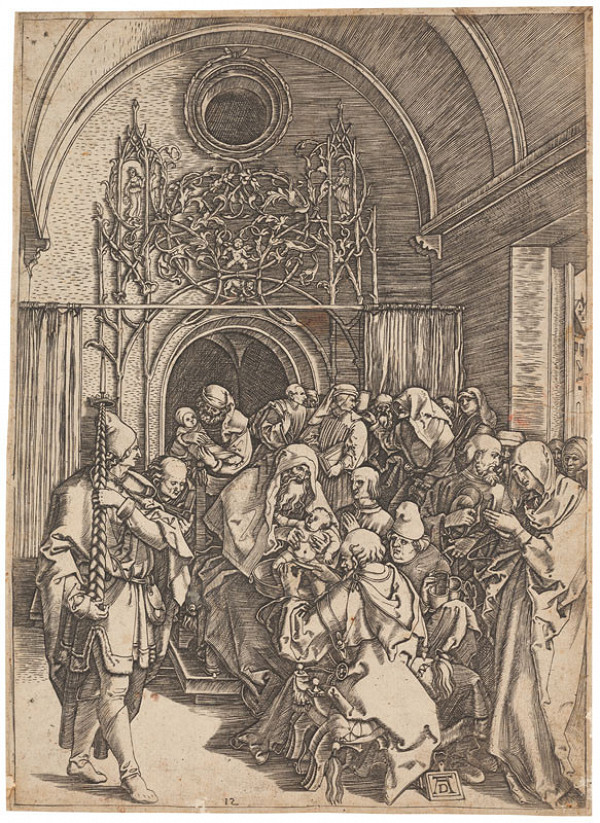 Marcantonio Raimondi - engraver, Albrecht Dürer - inventor
The Circumcision of Christ from the cycle The Life of the Virgin
1506-1510 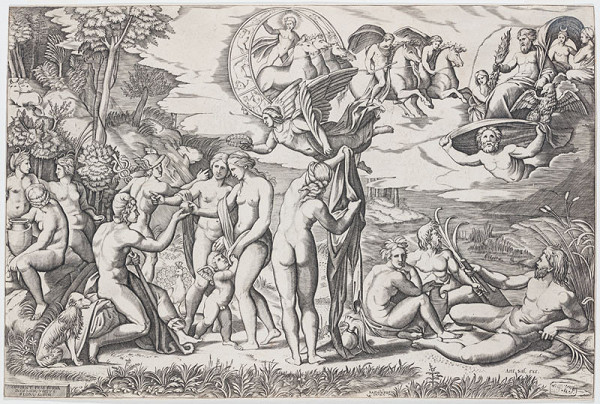 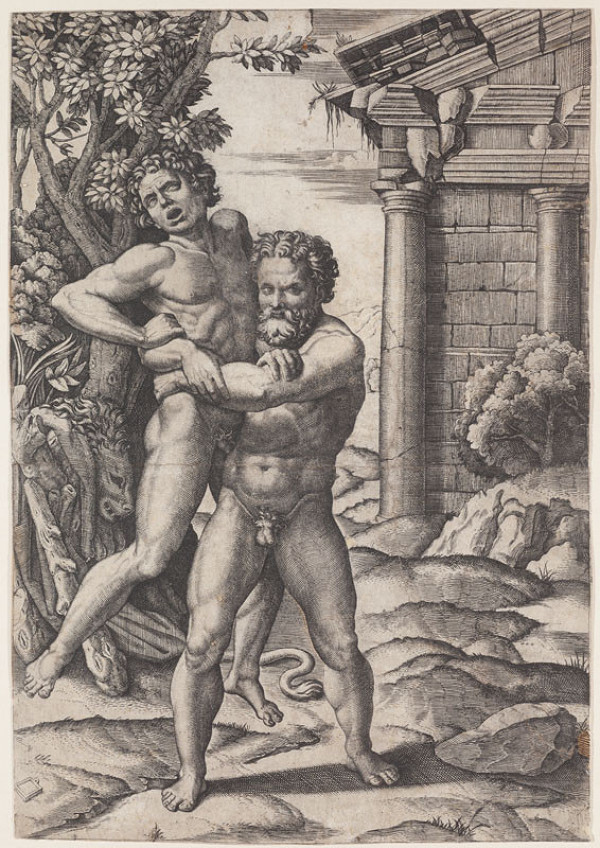